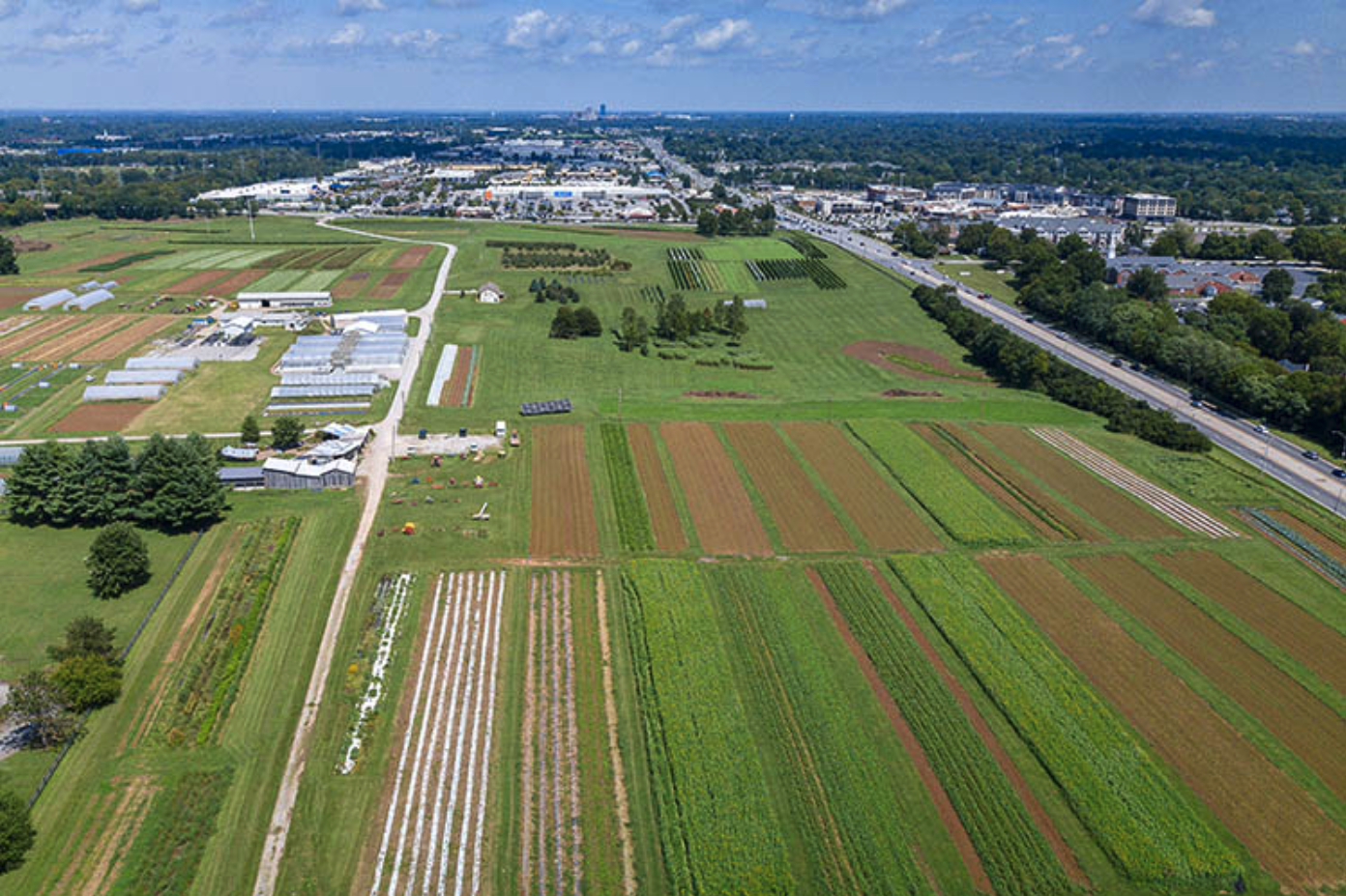 Through a public-private research collaboration, the University of Kentucky Department of Horticulture and Arq are working to create a more sustainable future for Kentucky and the planet.

“I’m excited to be working with Arq, because its mission is completely in line with our departmental mission of developing science-based recommendations and guidelines to help guide decision-making to make agriculture as sustainable as possible,” said Professor Mark Williams, chair of the Department of Horticulture in the UK College of Agriculture, Food and Environment. “We’re very interested in closing waste streams and recycling them back into agriculture to make the system more sustainable.”

Arq is a technology company based in London, United Kingdom, with offices in Lexington. Its first industrial-scale plant operates in Corbin. The company is committed to tackling the world’s environmental challenges by rethinking and transforming mining waste into high-performing materials. Arq’s process separates mineral matter from mining waste to create valuable, high-performing additives that help customers work toward sustainability, circularity and a net-zero future.

Allison Flynn, head of sustainability at Arq, believes that recycling mining waste can provide the world with much needed products for future industries as well as critical minerals for depleted soils.

“We see a future where waste is recovered and reused to create high performing materials that grow sustainable businesses and regenerate our planet,” she said. “We are delighted to be partnering with the world-class research facility at the University of Kentucky.”

Researchers at the UK Horticulture Research Farm will test two agricultural products. The first is Arq mineral™, a soil mineral with a high carbon content that has potential as an agricultural soil amendment. Greenhouse and field experiments will be conducted to assess its influence on root growth, crop yield, soil biology and nitrogen dynamics. Farm superintendent Steve Diver said they also will test for synergies between Arq mineral™ and microbial fertilizers to promote plant growth and the sequestration of carbon dioxide.

The second is a biodegradable agricultural mulch film that integrates Arq mineral™ into the film. Vegetable growers often use plastic mulch film as a growth-promoting micro-environment for single-season crops such as tomatoes, peppers, squash, sweet corn or pumpkins. The technologically innovative plastic will be compared to the standard film in terms of how it promotes plant growth, yield and weed control.

“There’s a real synergy between Arq and UK on this collaborative project, because it is a Kentucky-based company generating mineral products from the coal industry that have potential value in the horticulture industry,” Diver said. “We have a lot of research protocols at the farm. Companies come to the Horticulture Research Farm because of our sustainable agricultural theme and our open-minded approach to innovative technologies.”

Williams believes in the benefits that can come from partnerships like this one.

“Through public-private partnerships we make our resources at the university available to promote innovation and entrepreneurship for transformational technology. Arq’s technology could play an important role in the future of sustainable agriculture,” Williams said. “If we can find a way to practice regenerative agriculture by enriching the soil while improving the efficiency of food production, it’s an important contribution to food security.”

About the UK Horticulture Research Farm

The UK Horticulture Research Farm (South Farm), originally part of the Waveland Estate settled by Daniel Boone’s family in the early 1800s, is a 100-acre farm that was purchased as 217 acres in 1956. Past land transfers include 10 acres to the Commonwealth of Kentucky for the creation of the adjoining Waveland State Historic Site in 1971. In addition to research on fruit and vegetable, greenhouse and nursery, biofuels, entomology, plant pathology and related crop sciences, UK-HRF hosts the UK-CSA (Community Supported Agriculture) production unit.